I grew up in a Christian community that emerged during the post-Napoleonic period. It is no surprise that it was concerned about identifying an AntiChrist. Of course such identifications have multiplied over the years – Mussolini, Hitler, a Russian leader, someone who would emerge as the leader of the EU when it had 10 members, and others were all candidates “clearly identified by Scripture.”  Wrong identifications abounded without apologies or retractions when proven false, but what if the issue was the asking of the wrong questions and such a power is right under our noses? 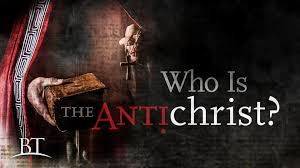 I am a retired Director of Clergy Formation for the Personal Ordinariate of the Chair of St Peter, a retired professor, and an active Catholic priest (and former Episcopal priest for 34 years), writer, and editor. As a priest available to parishes in the Diocese of Austin, and the resident priest for the Austin Byzantine Catholic Community. I am also a husband, father, and grandfather. My main job at present is Chaplain to the Dominican Sisters of Mary Mother of the Eucharist in Our Lady of Guadalupe Priory in Georgetown, Texas
View all posts by Peter H. Davids →
This entry was posted in Uncategorized and tagged AntiChrist, Political theology. Bookmark the permalink.